Messier 97 The Owl and Messier 108 in Ursa Major 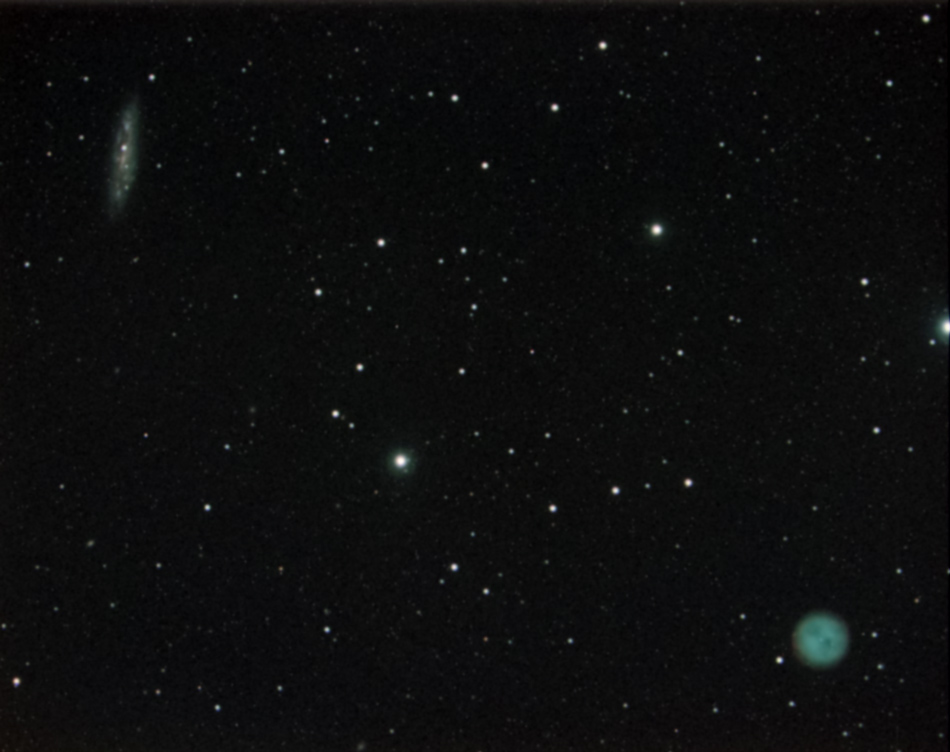 The observatory is heavily light polluted. The sky was constantly affected by drifting cloud,  eventually I allowed the cloud to drift across the exposures. The guiding was very poor because the auto guider lost the guide star on many occasions. Despite the large stars due to poor guiding and some noise from the cloud in the image, the picture came out very well. The images were secured between approx 23.15 UT and 00.40 UT.

Back to Deep sky page